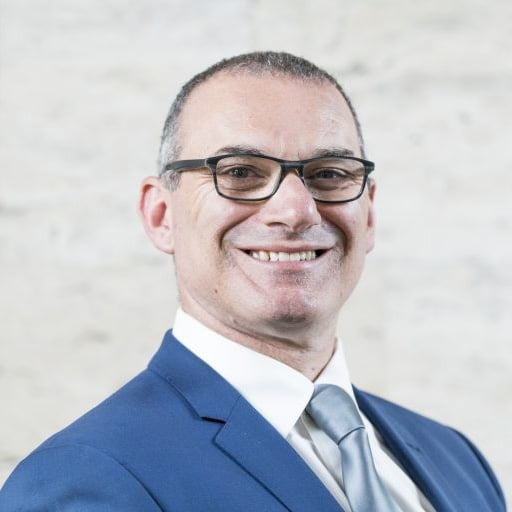 Having founded several conveyancing firms in various locations across Melbourne, Martin acts in a consultancy role for Tick Box Conveyancing.

Martin has established himself as the conveyancer of choice for a number of Melbourne real estate agencies over many years, while his professional and thorough conveyancing methodology also makes him a favourite amongst many reputable property and financial service related professionals.

His conveyancing journey started in 1984 when he began working as a legal clerk in a sole practice law firm in Ascot Vale.

From there, Martin would start his first conveyancing practice, MG Conveyancing in 1986.

Martin eventually sold the practice, taking up a valuable opportunity to work with Swersky & Velos Lawyers, a reputable law firm in the heart of Melbourne’s CBD.

As the firm’s senior conveyancer, Martin oversaw the development and exponential growth of the firm’s property arm.

Martin spent eight years in the firm, where he made a number of key legal connections.

In 2006, Martin founded his second conveyancing practice in Flemington.

During this time, Martin was at the forefront of a number of exciting changes in the conveyancing industry.

He served as the Vice President of the Australian Institute of Conveyancing Victoria branch, sat on the advisory committee which played a vital role in the development of the Conveyancing diploma run by RMIT and was the first and – to date – only ever appointed Statutory Manager by Consumer Affairs Victoria.

Martin has also served as a key consultant to PEXA and sat on the State Revenue Office consultative council, representing Victorian conveyancers.

Martin is a full member of the Australian Institute of Conveyancers (Vic), an accredited Certified Practicing Conveyancer, holds a Diploma of Financial Services (Conveyancing) from RMIT and is also a Fellow of the Institute of Legal Executives (Vic) which qualifies him to witness Statutory Declarations and affidavits. 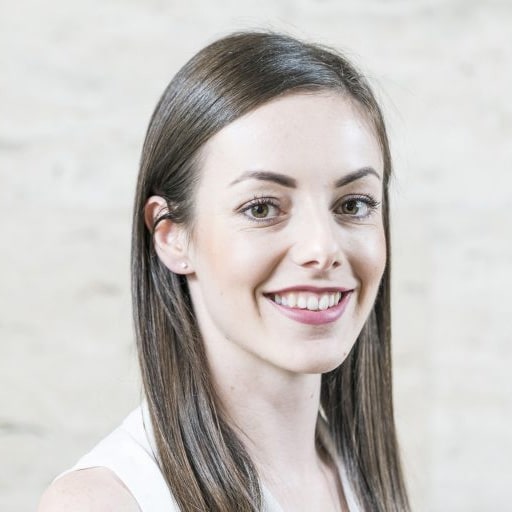 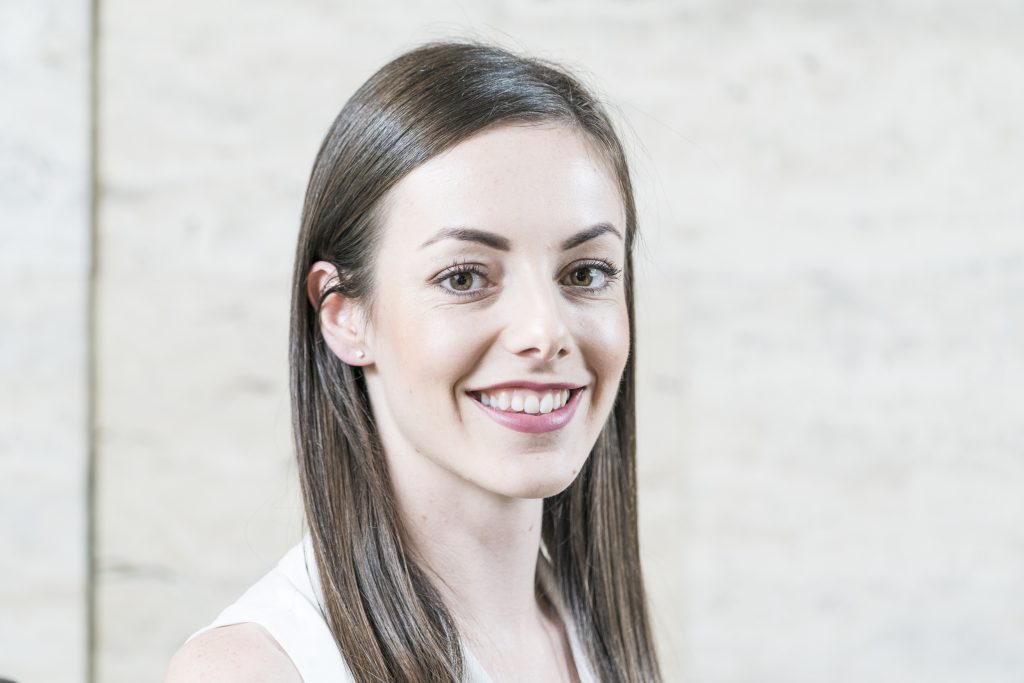 Holding a Diploma of Financial Services (Conveyancing) and a Diploma of Business, Tegan has built an in-depth knowledge of all things conveyancing in her seven years of practice.

Since breaking out into the industry, Tegan quickly established herself as a conveyancing expert in Melbourne.

A current Australian Institute of Conveyancing member, Tegan relishes the challenge of keeping pace with an ever-changing industry.

She is particularly interested in the new frontier of PEXA and the transition to online settlements, while her passion for conveyancing is born from her delight in helping her clients through such an exciting time in their lives.

Away from conveyancing, Tegan is a bit of a foodie who loves spending time with her friends (and pets).

Arriving at the firm with over 14 years of legal practice behind him, Tom has worked in various areas of law but in particular, he has vast experience in property law, commercial leasing and business conveyancing at his previous firm. 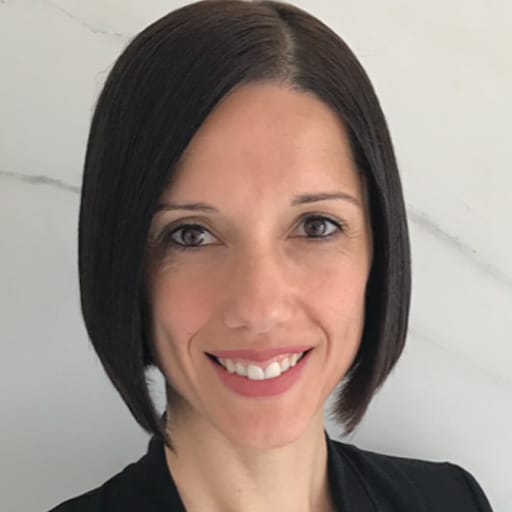 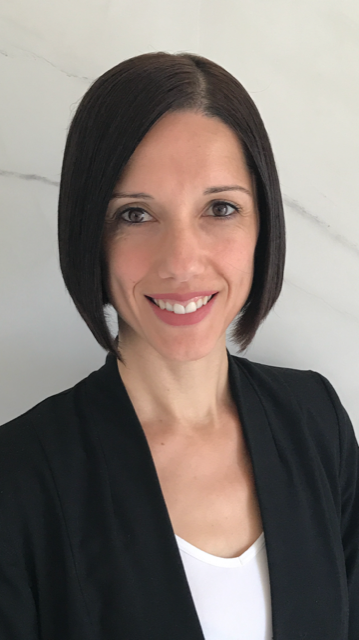 Nancy’s recent experiences, working as branch manager for a well-established conveyancing practice are a particular asset to Tick Box and its growing client base.

Nancy has a long-held passion for working with off-the-plan developments.

“My passion has always been with off the plan developments.  It is rewarding to be involved from the very beginning when the site is merely a piece of dirt and then to see the finished product,” she said.

“In the past most of my developer clients would take us through the property and it was fantastic to see the end result – that’s when you have a real sense of pride for the job and all the hard work and hours put in to it.”

When she isn’t sealing her latest deal or helping her client’s get through their latest conveyance, Nancy can be found in her local Pilates class or keeping up with her young family and friends. 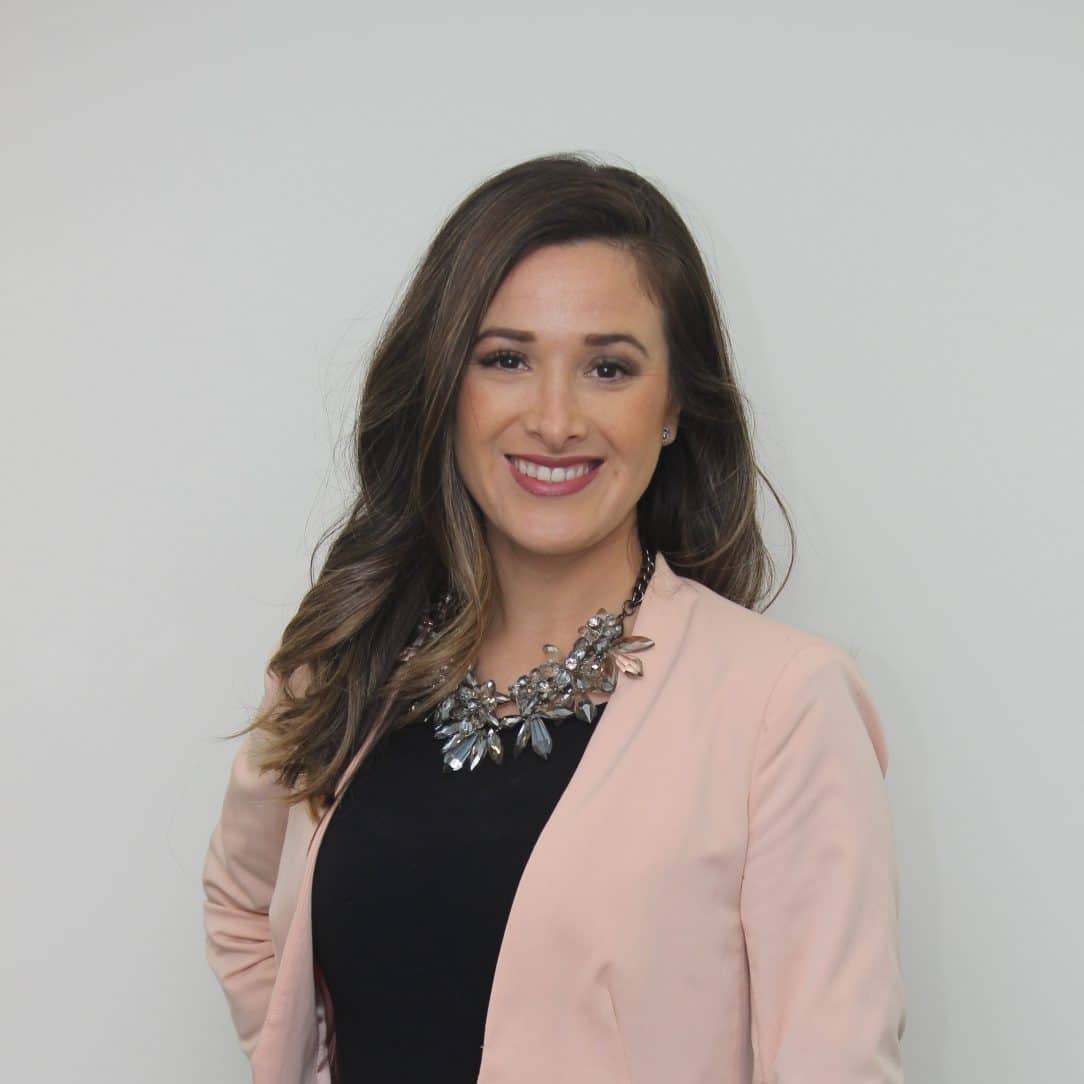 Andrea Walton is one of Tick Box Conveyancing’s relationship specialists.

Joining the firm as a Business Development Manager in January 2020, Andrea brings an array of experience across various banking roles to the team at Tick Box.

Andrea built a successful career at ANZ, starting in mortgage solutions and culminating in senior roles across the major bank’s high net worth and commercial banking sectors where she was charged with managing a portfolio of clients, helping to steer them to their financial goals, whether personal or commercial in nature.

At the Bank of Queensland, Andrea served as a Business Development Manager where she worked to help developers finance major projects.

Andrea said her experience on both sides of property over the course of her career gave her a unique insight into the needs of both retail buyers and sellers and commercial developers.

“At Bank of Queensland I got a different insight into the process from a developer’s point of view which really complemented what I saw over the years at ANZ where I was working more with consumers,” she said.

“Of course, I also understand the role of bankers, brokers and all the other stakeholders involved in the development and purchase and sale of property.”

Andrea is looking forward to combining her wealth of experience in a more focused environment with Tick Box Conveyancing, where she hopes to leverage the firms well-established brand as one of Melbourne’s most experienced and trusted conveyancers within her ever-expanding network.

“I’ve worked hard to build a really strong network across the banking and finance sectors and I’m looking forward to working with such a well-established and trusted brand,” Andrea said.

“The opportunity to bring something to the business, add value to my existing network and to learn more in an exciting field makes me so excited to be a part of the Tick Box team.” 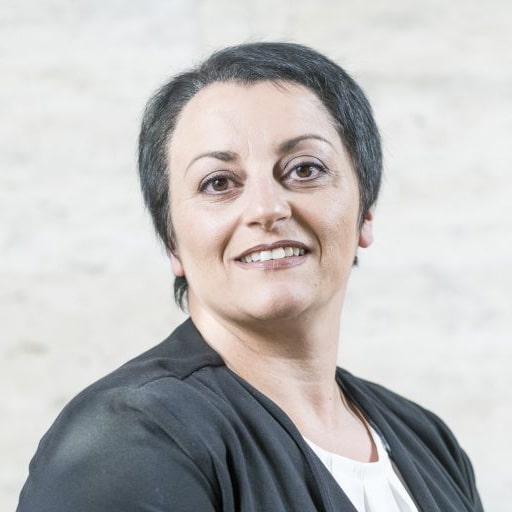 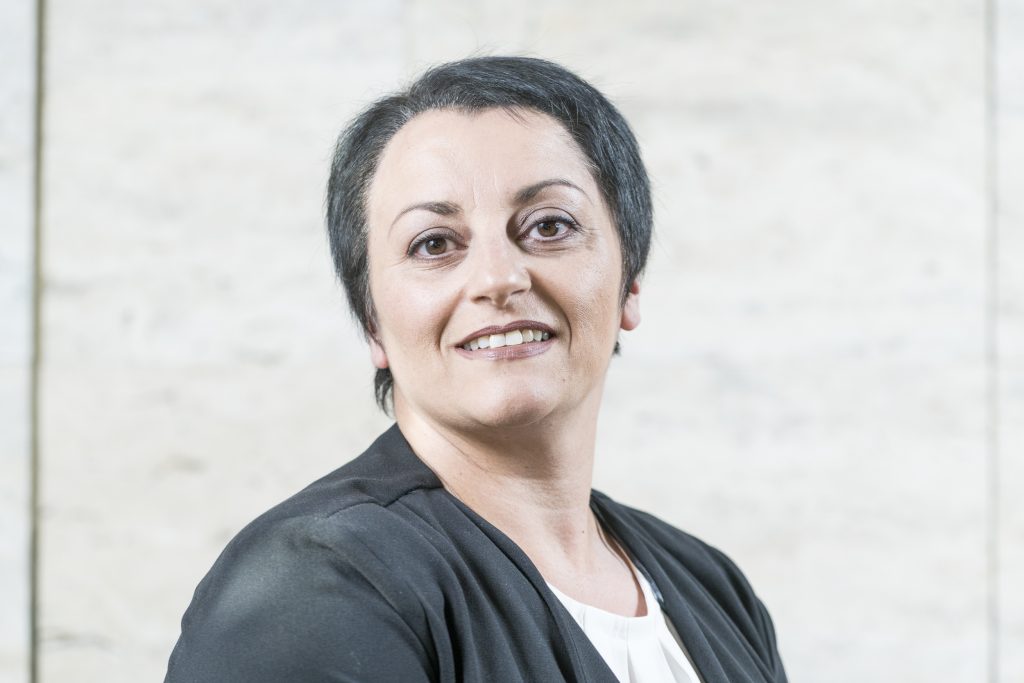 Sylvia has worked at a number of conveyancing firms and her experience has been warmly received by the rest of the Tick Box team and all of our clients.

With a Diploma Financial Services (Conveyancing) behind her, Sylvia passion for conveyancing comes through in every file she works on.

“I love all aspects of the conveyancing,” Sylvia said.

“Whether it be the normal sale and purchases, or off the plan developments, I love that no two conveyancing transactions are the same.

“I enjoy the challenge that conveyancing provides.”

Sylvia relishes the challenge of keeping up with the ever-changing environment, be it legislative or technological, and always strives to deliver the best outcomes for her clients.

Outside of conveyancing, Sylvia is a keen reader and a passionate family woman. 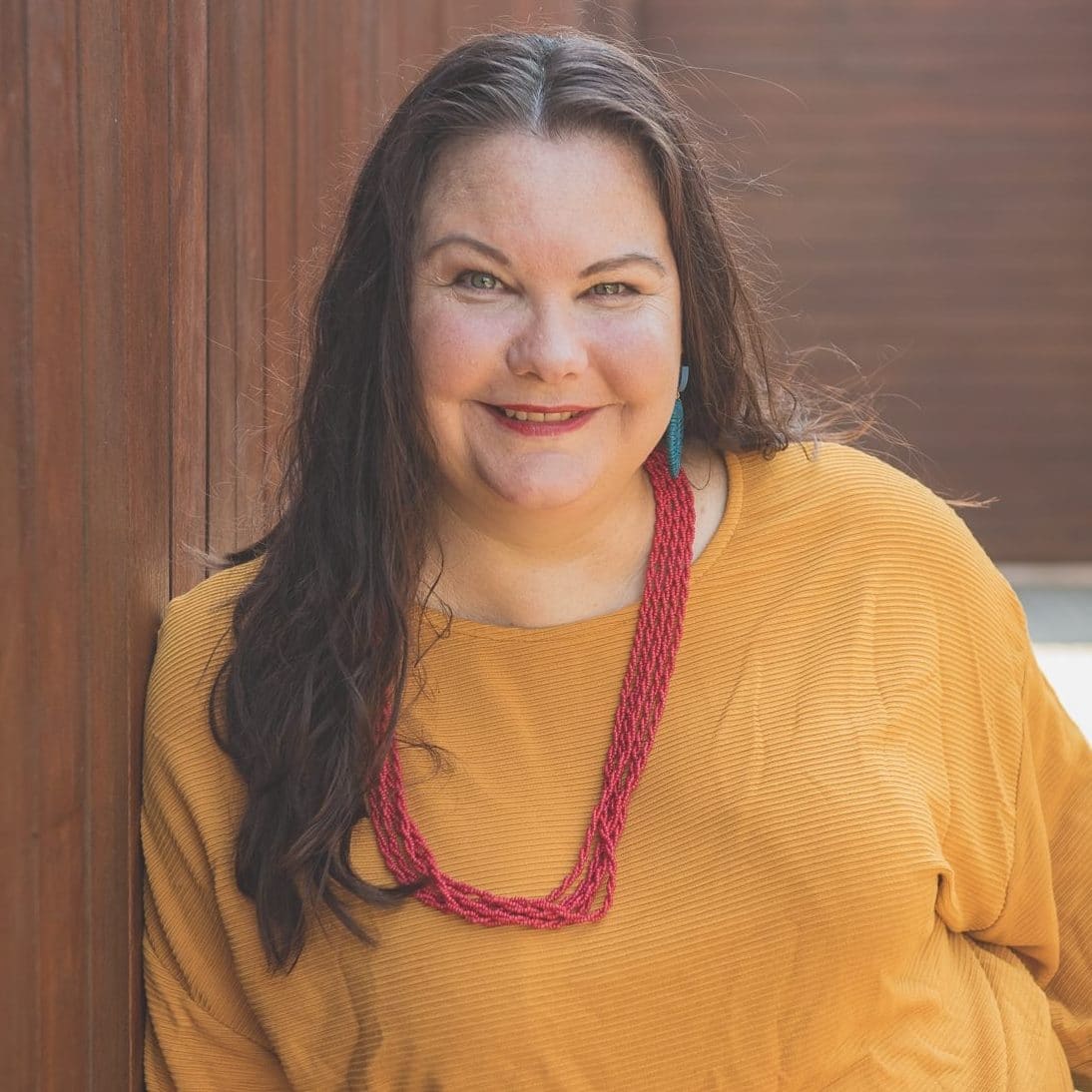 Teresa Ferreira has been making conveyancing simple for her clients since joining Tickbox Conveyancing in 2018.

Having achieved her Advanced Diploma of Conveyancing, Teresa originally owned and operated her own conveyancing practice after a long and successful career in insurance, before setting off to travel Australia.

Upon her return, she took on a limited role with Tickbox Conveyancing in 2018, which quickly reignited her passion for conveyancing.

“I love getting people into and out of property,” she said.

“I have a natural gift for seeing complex information and patterns and distilling them into easy to understand language. My clients appreciate this skill as they know I have fully understood their transaction whilst also explaining to them in a way that they can understand.

“They can trust that while they are going about their everyday lives, I have their transaction well in hand and will keep them completely updated on how it is tracking.

“The best part about conveyancing is making that telephone call to say, ‘Congratulations you have settled’ and making genuine connections with my clients through the course of their transaction.”

Teresa said she loves working at Tickbox Conveyancing because of the company’s razor-sharp focus on customer service and thoroughness.

“Tickbox does not cut any corners and neither do I,” she said.

When she’s not settling her latest matter, you can find Teresa playing a social game of Roller Derby for her local team, where she goes by the name of ‘A’Reesa Franklin’, or planning her next big trip…a lap of Australia with her dog. 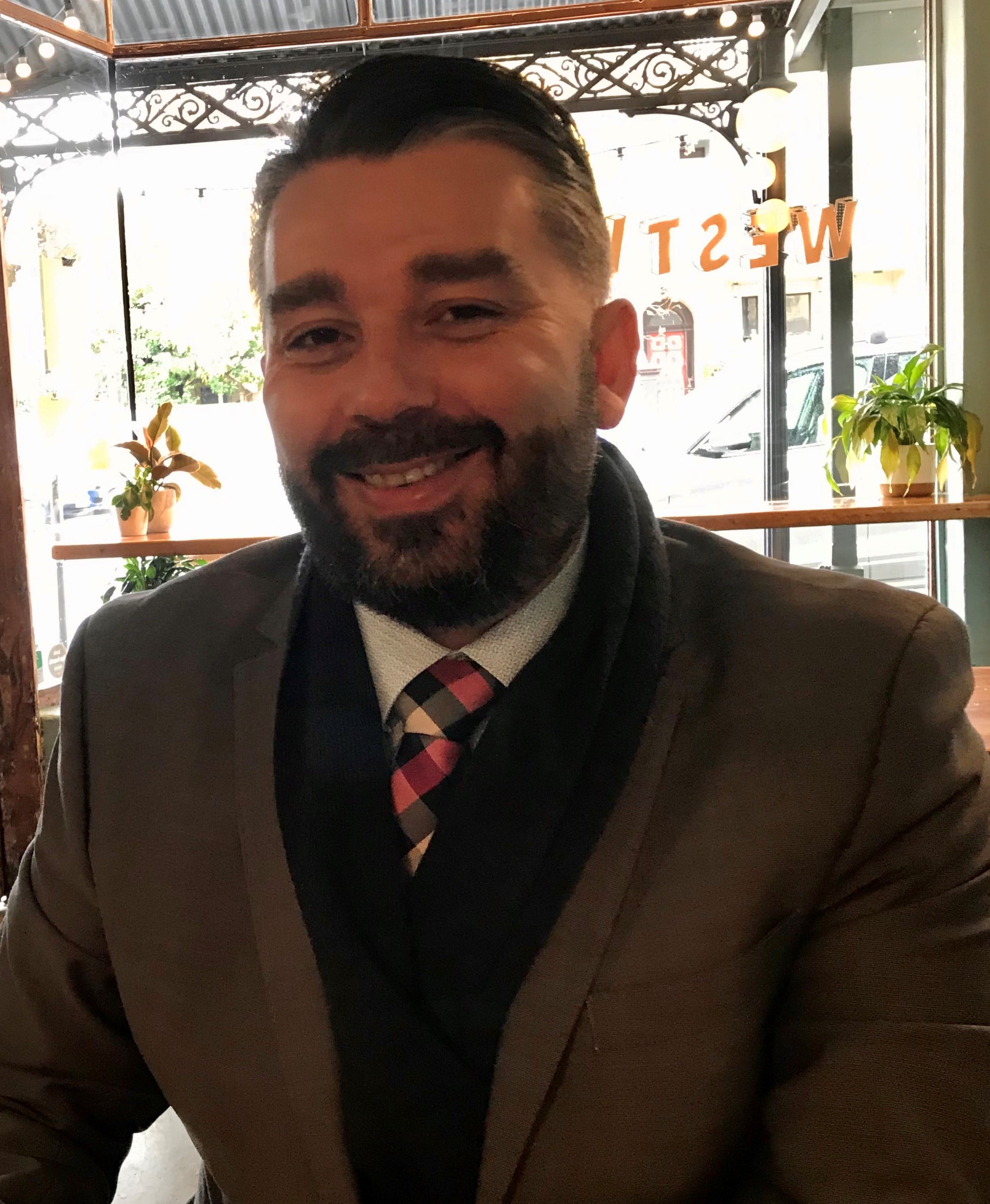 Stephen Henderson has been helping his happy conveyancing clients for over five years since becoming a licensed conveyancer in 2014.

With experience in law firms and as a self-employed conveyancer, Stephen arrived at Tick Box with a solid body of work behind him, working mainly in the Thornbury and Northcote areas.

Stephen said he was excited to be joining Tick Box Conveyancing because of its reputation within the industry as a specialist conveyancing firm.

“I just think that working with a conveyancing practice is a much more transparent way to act for the client when it comes to conveyancing,” he said.

“It’s a very specialised area, so I think it’s good to work in an organisation that specialises in that field.” 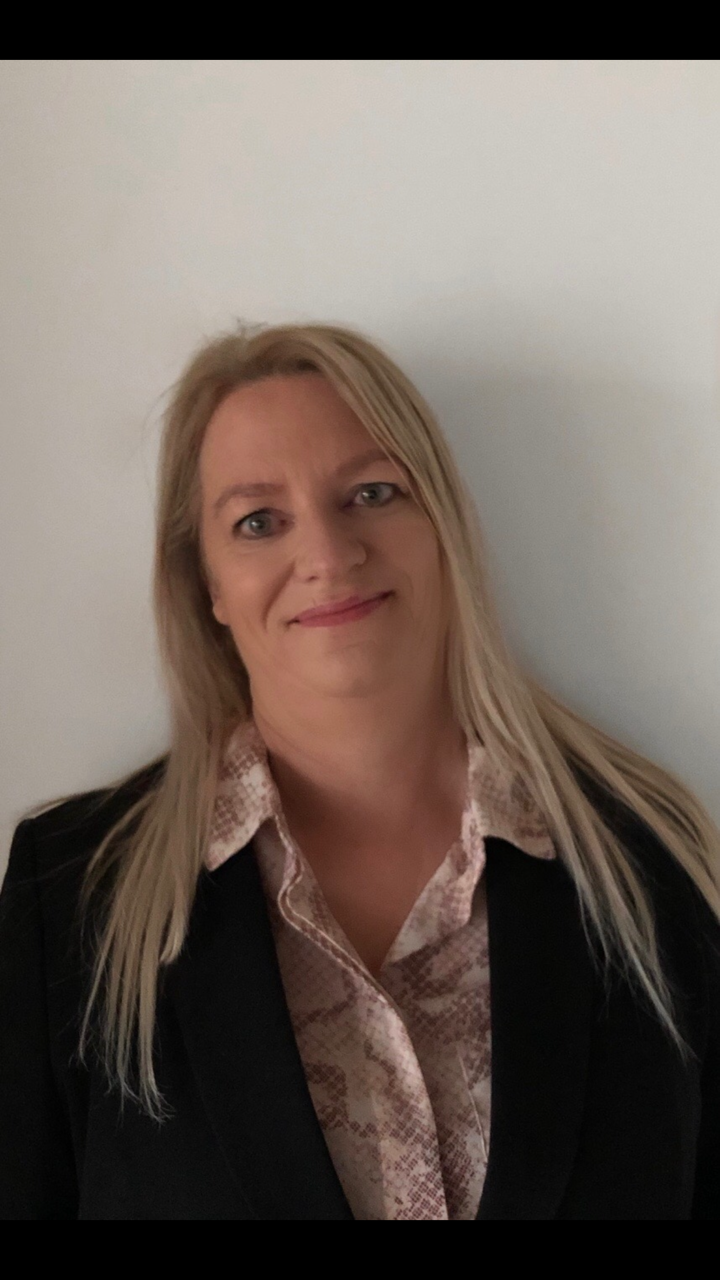 Joining the firm in July 2020, Karlene arrived at Tick Box with a fantastic reputation in the local Mornington community having spent 10 years running her own firm, Direct Conveyancing Services.

Over the past 10 years, Karlene has been working on temporary assignments for a range of different law firms and conveyancers giving her a fantastic breadth of experience across the industry.

“Conveyancing can be so challenging and very rewarding,” she said.

“Helping people achieve their dreams to buy their own homes is such a ‘feel-good’ moment.

I particularly enjoy helping people especially the elderly who sometimes struggle with the new age technology.”

Karlene is completing her studies to achieve the Advanced Diploma of Conveyancing.

When she’s not helping her clients settle their various transactions or studying, you can find Karlene out riding her horses, heading for a cruise in the 1934 Chev Roadster, planning an exciting holiday somewhere or spending quality time with her adult children.

Mary Giang has over 13 years of conveyancing experience in law firms and brings an in-depth understanding of off-the-plan contracts to the Tick Box Conveyancing team.

With seven years spent at Thomson Geer Lawyers and another six at Maddocks Lawyers, Mary brings a wealth of experience to the firm.

Her experience leads her well to assisting developers and greatly complements Tick Box Conveyancing’s existing expertise in this space.

“Given my background, I enjoy working with developers and vendors,” she said.

“I love sharing in the excitement with clients of selling their property or purchasing a new home and I like to help clients by making their selling/buying process as simple and as non-intimidating as possible.”

“I enjoy being involved from start to finish of a file.”

Outside of work, Mary enjoys raising and spending time with her young family, a spot of light reading and eating out.

Rebecca Camilleri has been providing conveyancing to Tick Box Conveyancing’s many happy clients since early 2020.

“I love the reward conveyancing gives. Whether that be settlement taking place or solving an issue that arises,” she said.

“I love that each file is different, no matter is the same.”

Particularly passionate about working with first-home buyers, Rebecca has been an outstanding addition to the team since her arrival.

“I like working with first home buyers. It is a super exciting time for them. Being able to call them to confirm settlement has taken place and the clients being so grateful is really great,” she said.

Away from work, Rebecca loves cooking, reading and taking her dog for walks.

Leave us your details for an obligation-free, complimentary 10-min chat with one of our consultants

Tick Box Conveyancing remains open for business and we remain a reliable conveyancer of choice for many within the property industry.

Need help with a property conveyancing matter? Get in touch with us and leave your details for an obligation free 10-minute phone conversation with one of our experienced consultants.